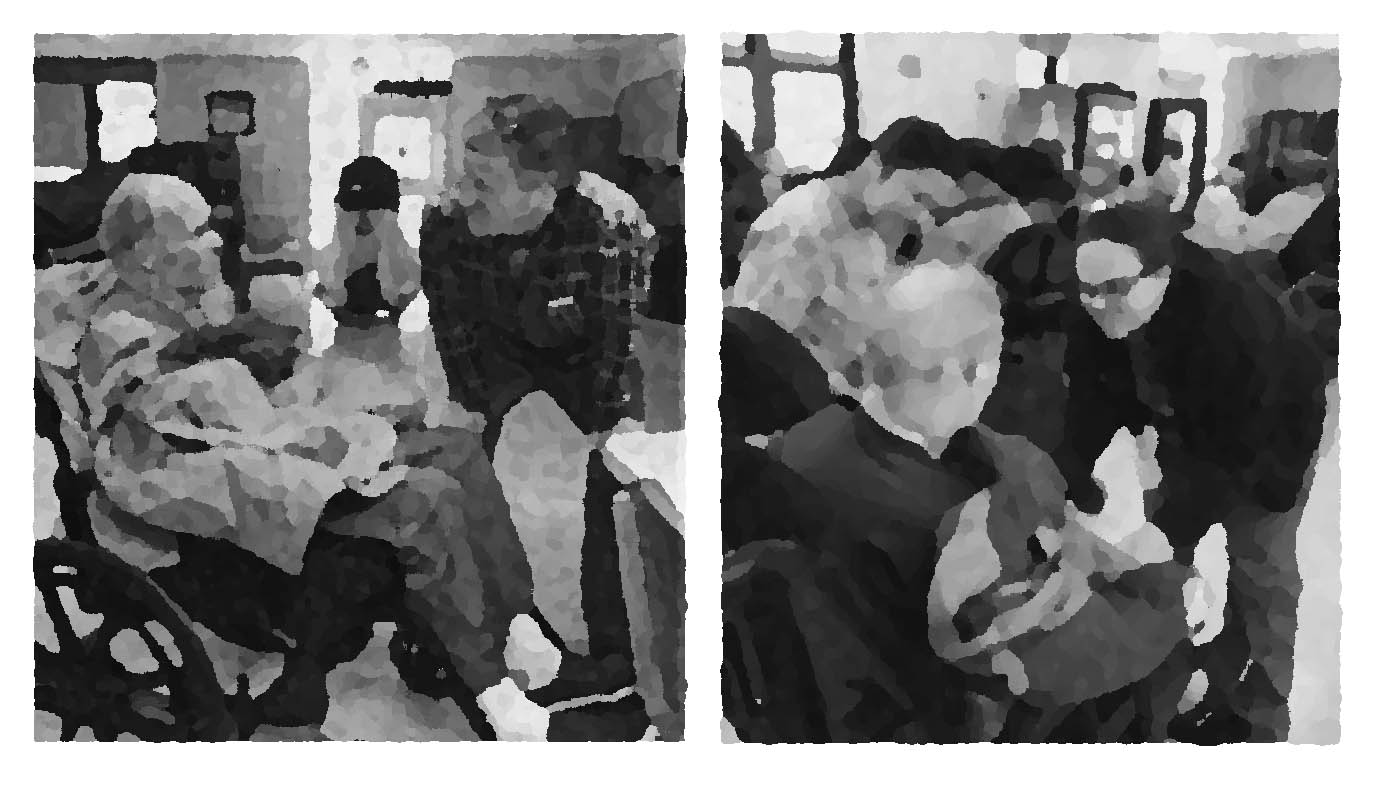 Sunday
Took my guy to the Bingo Room, which is always busy on Sunday. Two women who had taken care of him when he was in their ward were both happy to see him and greeted him with much warmth and affection. He responded and remembered both of them with smiles.

In the photo, processed for privacy, you can see them leaning over him in conversation.

When we got back to the Dementia Ward, my Jewish Vet buddy was waiting to see me, and I sat between him and my first guy.

Jewish Vet buddy was singing Mary, Mary, Quite Contrary, over and over, just that line, not the whole tune. So I looked up a YouTube video with the whole song and held the phone so he could watch it.

Then my first buddy wanted to watch, so then I held it for him to watch.

It was not something I once would have pictured, taking turns playing a nursery rhyme video for two war vets, while holding hands with both men.

Wednesday
There is no Bingo game on weekdays, but we went back to the Bingo hall because we often find old friends there and we did. A fellow who knew my guy from his time in Building Four was there and the two greeted each other with much fuss and with remembrances of a lake in Maine where they both spent their summers as boys.

You can see them in the other photo, also privacy-processed.

This fellow bent over and gave my guy a kiss on the cheek when we left. I nearly cried.

When we got back to the Dementia Ward, my Jewish Vet buddy was asleep, which was both sad and lucky, since I was late for a critical meeting and did not have time to spend with him.