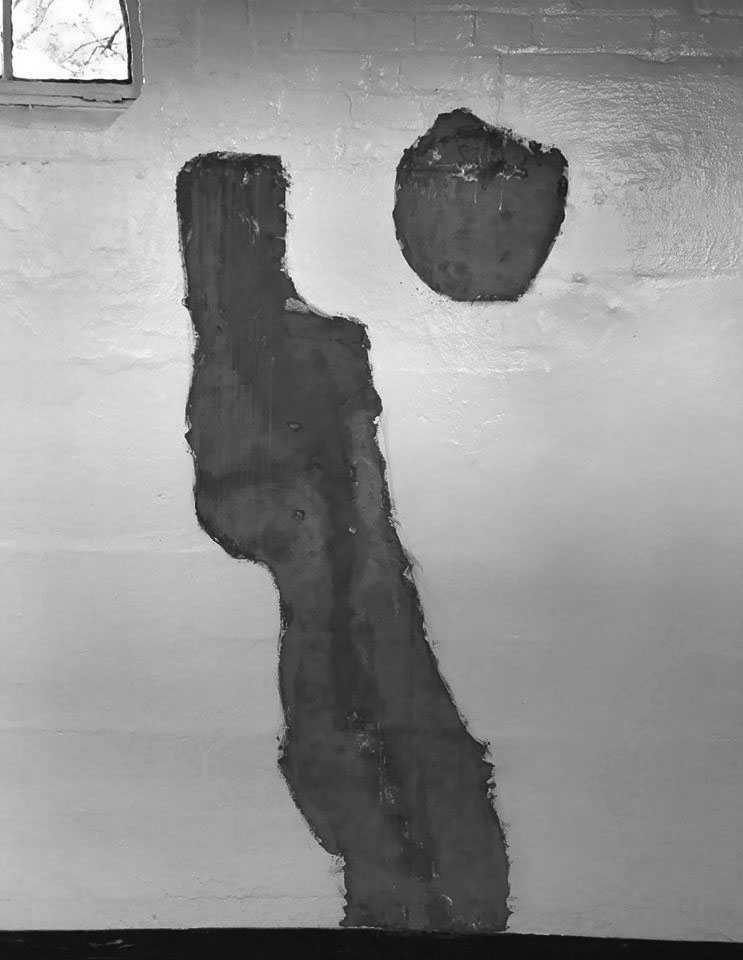 My guy seems to be increasingly in the grip of Parkinsons: his face is frozen and he is talking less.

He rises to the occasion when people greet him, and smiles, talks a bit, but between these moments he recedes into stillness.

We went to Building Four where we usually find people he knows, and he was greeted fondly by a woman who used to provide care for him. He smiled at her with recognition and glowed, for a moment.

They play bingo on Sundays at Building Four. My guy never liked bingo, but we stayed a while to watch.

The room was so crowded with bingo players that it was hard for all to find seats. Many of the vets have spouses or friends that sit with them and help: the bingo cards have sliders that can pull down when a player marks a hit, but the sliders are hard to work and many vets need help with them.

On the way back to the ward, we sang B I N G O, the old children’s song. His tendency to repeat words was helpful as we wheeled along singing B I N G O together in the long, empty hallways.

Back in the ward, the fellow who spends hours trying to raise his foot to his other knee was leaning forward out of his wheelchair with his face flat on the table. I worried he would injure his nose, as it was pressed down hard.

My Jewish Vet was in better shape than my my guy, able to talk a bit, but he too trailed off into something I could not follow, about basketball and the Army and the Navy.

I told him what I always tell him as I leave: don’t take any wooden nickels, and he smiled as he always does. I will try to find some wooden nickels on eBay for him.

My guy wanted to be back in his room, so I wheeled him in there and then chatted with the nurses on the way out.

But as I was almost around the corner, I heard JonJonJonJonJonJonJon. I went back inside and he asked to be brought back to the day room, and I wheeled him back out, telling him I will be back Wednesday. He nodded approval to that.

I continue to see the repair patches in the basement tunnel walls as symbols. This one seems like a head, a mind, a soul separating from the body. Not so different from what is taking place there.