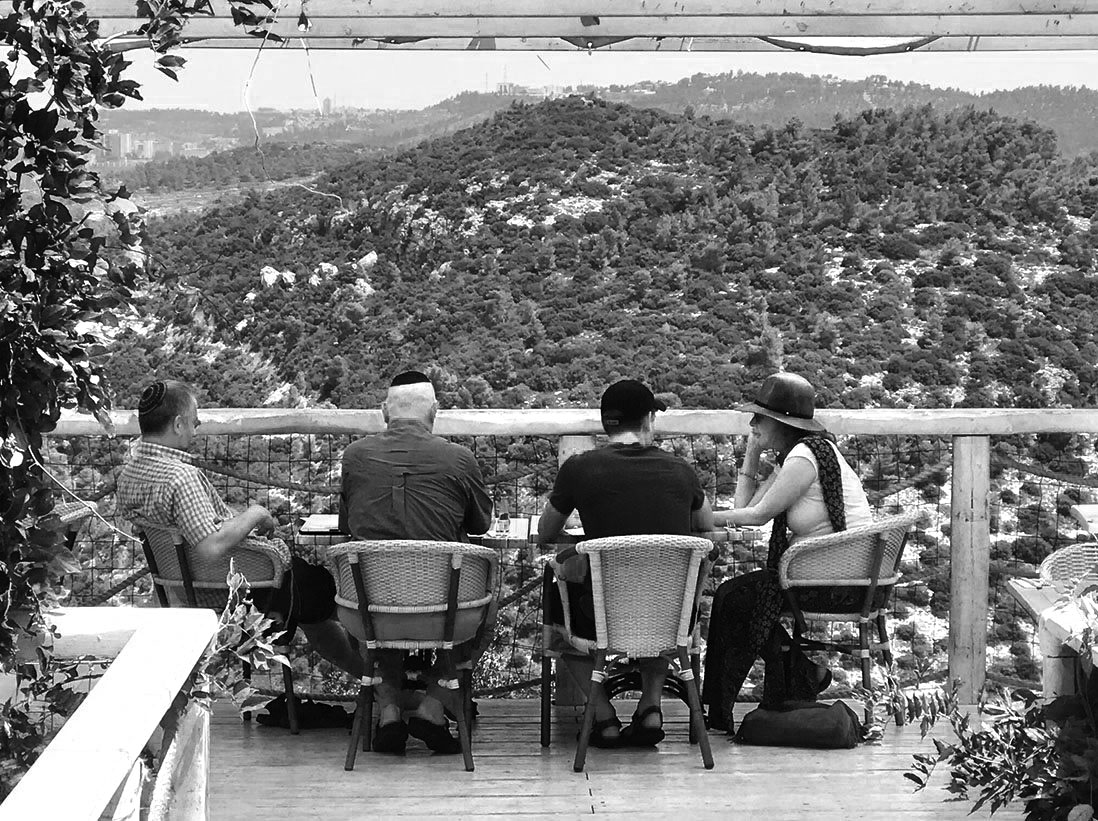 Here I am in Israel which brings to mind a conversation I had with my veteran buddy a while back.

We were sitting under the trees in the courtyard listening to music when he said to me, “I’m ready to go.”

I stopped the music and asked what he meant. He said he was ready to go to heaven and be with Jesus.

He said there would be a plane that would go up and take him along.

Thinking back to his Vietnam time, I asked if the plane was a C-130, the giant Air Force transport plane. He grinned.

I said, “Or would it be a Phantom jet fighter?”, knowing how he regarded those planes with awe. He smiled a bit more at that idea.

Then he asked me if I was “good with Jesus”.

I told him that I was just not brought up with that kind of thing, to which he nodded.

Then I started the music back up and we sang some more gospel songs with Doyle Lawson and the boys.

In Israel you tend to ponder on Jews, Christians, and Muslims, all of whom find this arid land to be essential to their religion.