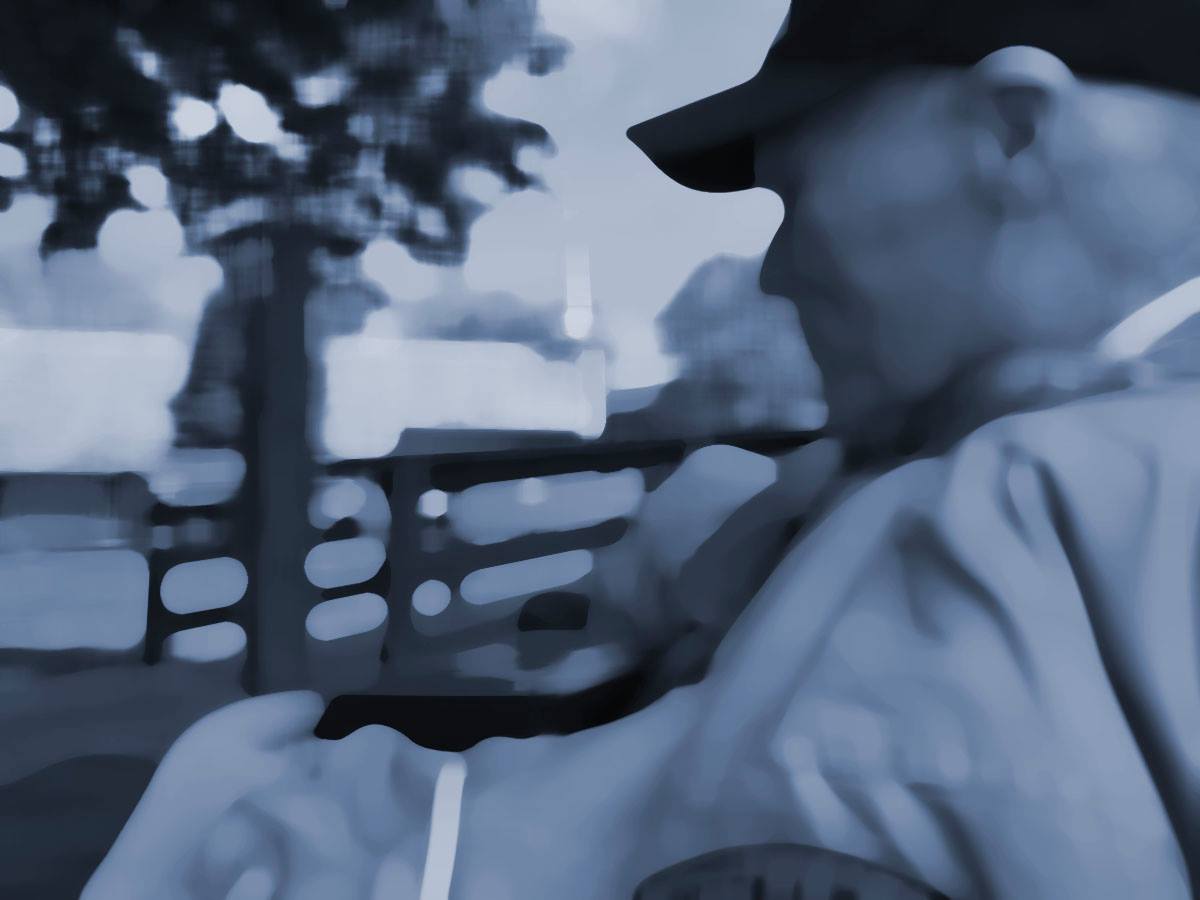 My guy wanted to send a thank you video to Doyle Lawson for his video greeting.

So I said, sure, and took a video of him with my iPhone.

But he struggled to speak, repeating many words and not making a lot of sense.

He asked to watch the video so I played it for him.

After he watched it he said, with total clarity, “That can be improved upon.”

He said it with the authority of a college professor giving out honest feedback to an underperforming student.

So we recorded another take.

He approved his new version and I sent it off to Doyle’s band leader, the dobro player.

Then we listened to some more Doyle Lawson gospel.

Then I played for him all the funny videos I have been saving from Facebook. He grinned quite hard and could almost laugh. Some we watched a few times.

When the dog wags his tail, his life is worth living. It’s the same signal when a person can still smile.