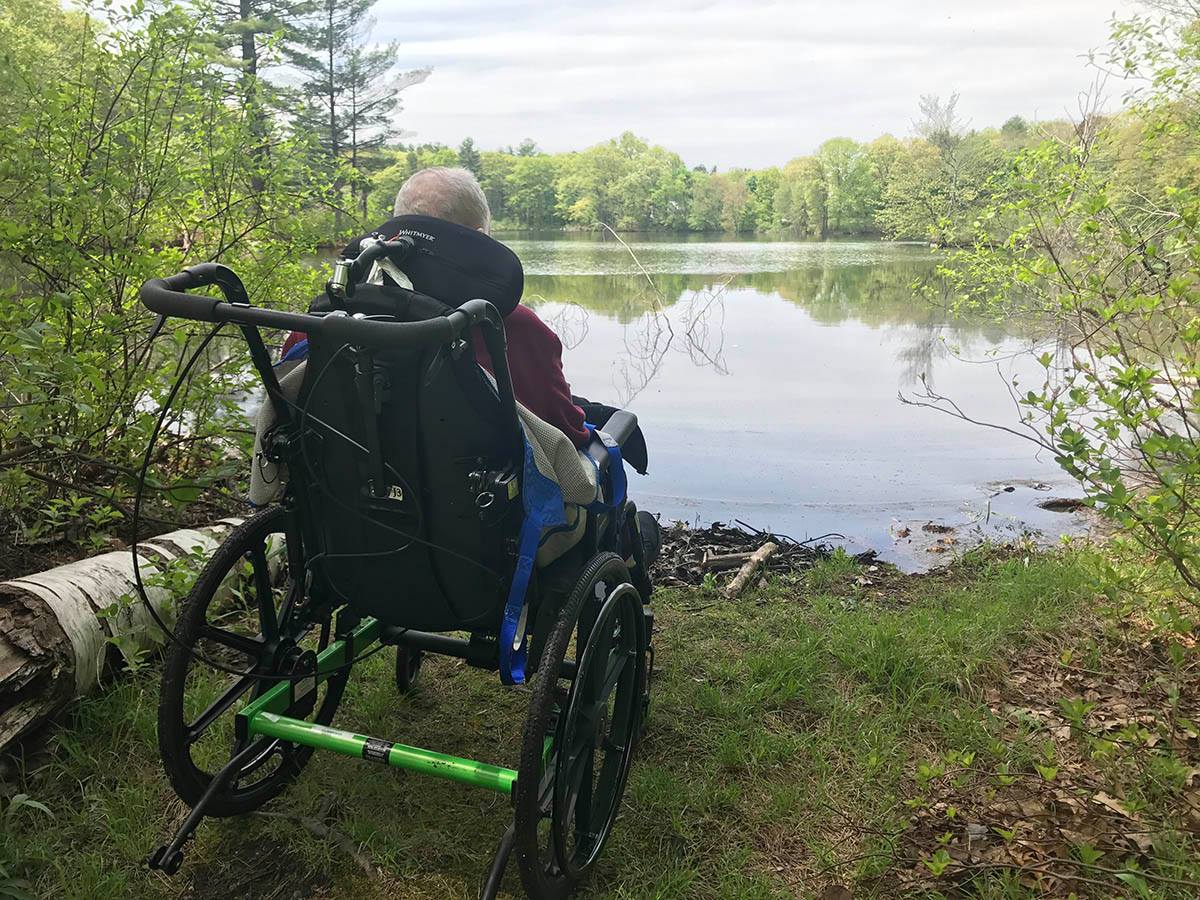 (This is from last Thursday’s visit and today’s.)

When I got there my two guys were side by side in their wheelchairs; my Jewish vet buddy had his hand holding the armrest of my first buddy.

I explained to Jewish buddy that his family won’t allow me to take him for rides anymore but that I would visit him when I got back from the ride with buddy number one.

He wouldn’t let go of the armrest of my guy’s wheelchair,. But when I gently wheeled them apart his arm fell away.

Today we went out for a long roll near the buildings because it was threatening rain and we didn’t want to get caught way out on the trail in the woods.

But on Thursday it was perfect and I was able to work his wheelchair across the mud and small hill to the edge of Fawn Lake again. And we just sat there and looked at the lake for a while.

Back at the ward, I explained again to my Jewish buddy why I can’t take him out.

At one point the question of his age came up and he said he was over 90, so I asked when he was born and he said 1929. He said that his mother said that he brought the great depression with him.

But when I suggested he must be around 89, because 2018 minus 1929 is 89, he was not convinced. He said you have to take the 1929 and hold “three years in abeyance”. But he couldn’t figure out why, or what to do next, but was sure you have to hold some years aside.

It is interesting that he can be confused about his age, but toss off a phrase like “held in abeyance.”

Somehow we got onto the topic of food fights and I told him a cherished memory of grade school, where I used a straw as a blowgun and perfectly planted a round piece of overcooked carrot right on the forehead of a kid a few tables away. My 89 year old Jewish vet buddy loved that story and smiled with deep appreciation.

As I left I noticed three nurses looking very intently at the video monitor on top of the medical cart. They were looking so concerned that I wondered what might be the problem, so I glanced back at the monitor as I passed.