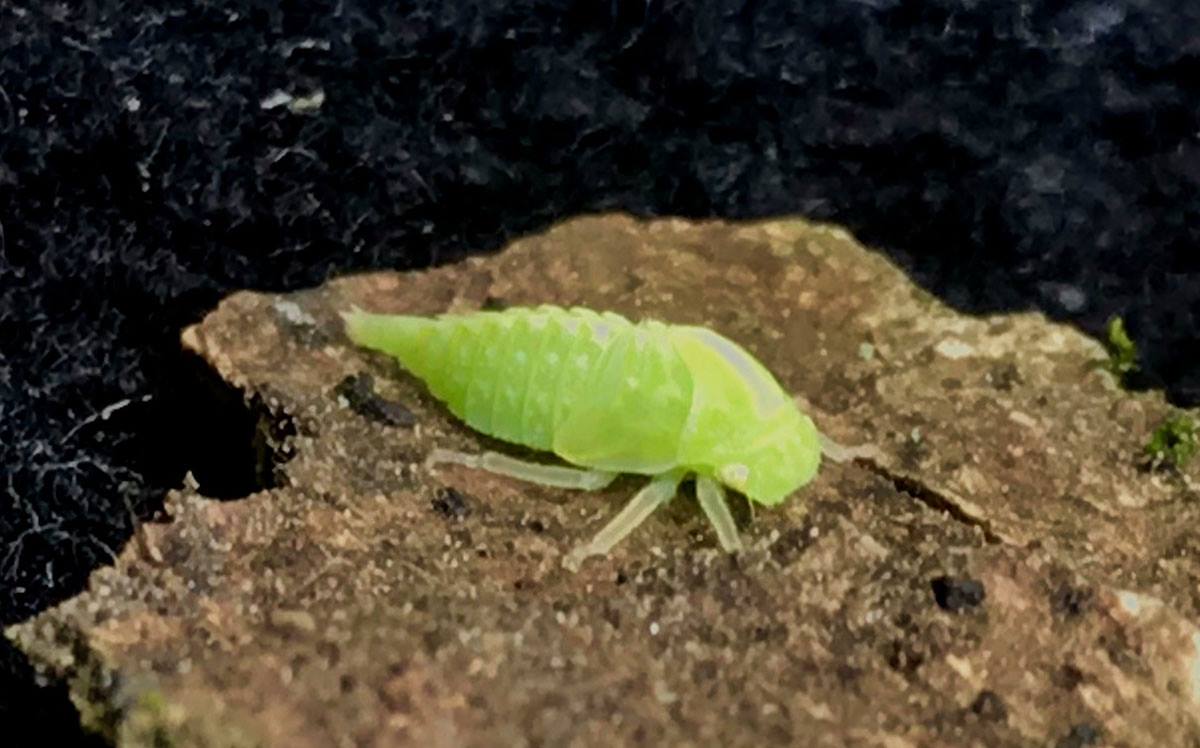 I need to clear up a bit of confusion that I caused.

Morty, the vet who passed away was not the fellow I have been visiting at the VA for the last several years. That fellow is still with us, slowly descending into the same disease that took Morty so much faster.

Morty spotted me in the dementia ward almost exactly two years ago, and waved me over. He was lonely and scared and he would hold my hand, and sometimes cried.

I had some difficulty deciding how to split my time between my first buddy and Morty. I felt awful that I would feel some relief when Morty was unconscious and I did not have to split my time.

Morty was jealous that I took my guy out for rides in his wheelchair, but I did not have permission to take Morty.

This spring on the occasional warm dry days, I have been taking my regular guy outside where we sit at a table under the trees and listen to music and sing together.

Recently we watched as a tiny green bug landed on his sleeve and walked around slowly. This absorbed us so completely that we both stopped singing and just watched the green bug. I took its photo.

A gift of visiting a vet with dementia: taking the time to stop everything and just watch a green bug.