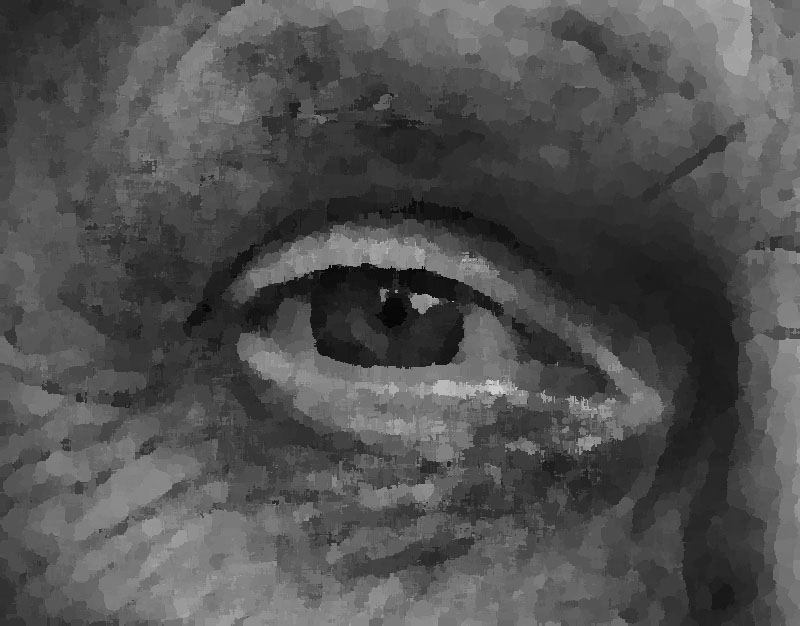 My guy a little stronger, knew I was there and smiled before he slid back into the fog.

Behind him is a table of three men. The one in the middle, facing me, has his mouth open, eyes closed; he is not there. The one on the left seems in a trance, but perhaps he is there. The man on the right is staring across the table, with a devilish grin, at the trance man. He has in his hands a colored marker from art therapy.

Suddenly, grinning harder, he rolls the marker across the table to the trance man, who comes alive for an instant and traps the rolling marker in his hands.

He stays in his trance, however, and does not roll the marker back to his devilish partner. I wanted him to roll it back and I think his grinning partner wants that too; a bit of Cuckoos Nest rebellion can happen here.

But trance man remains in his trance, holding the marker, game over.

The man in the middle never knew it happened, but I saw it.