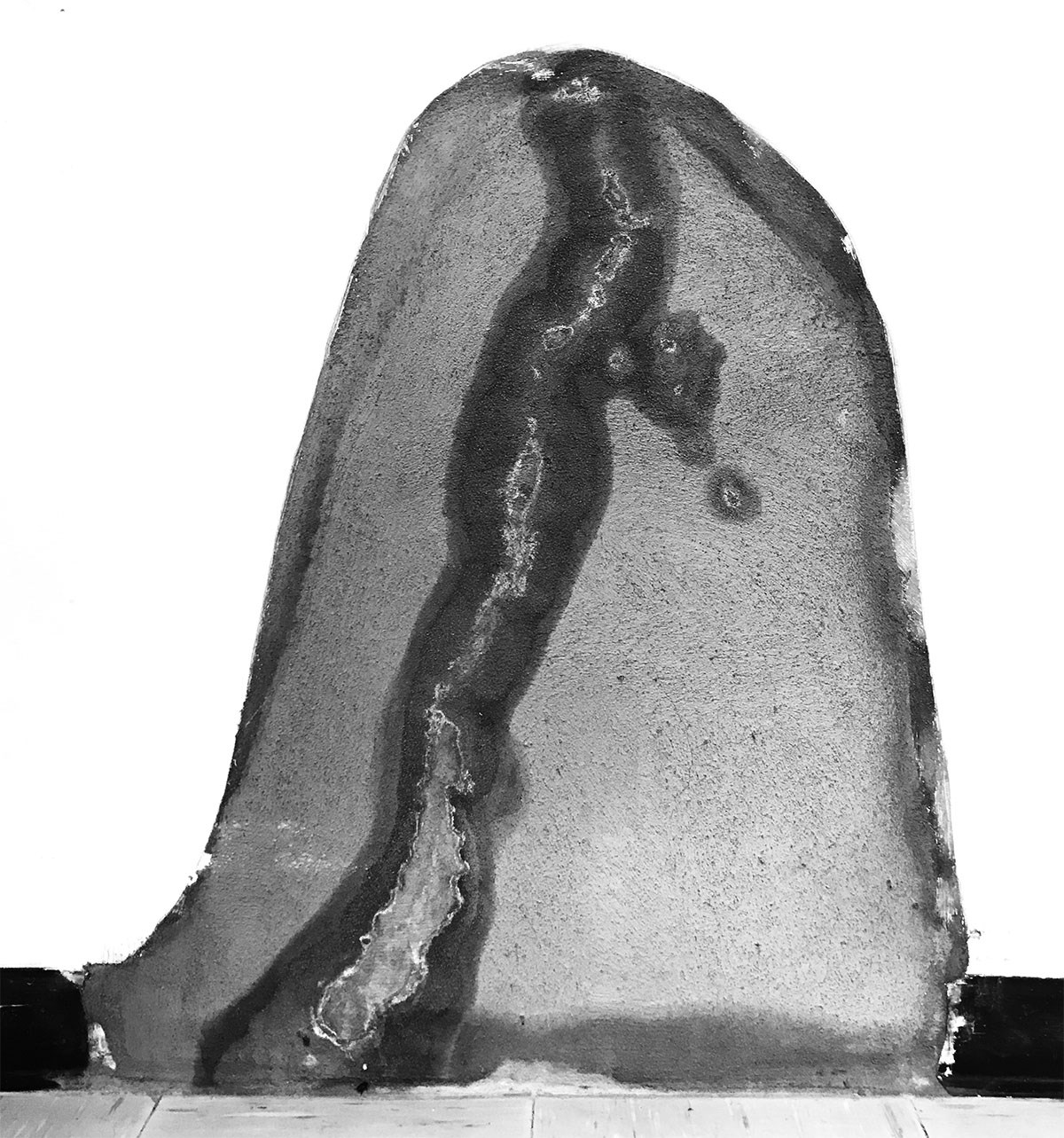 Another splendid session under the trees listening to our most beloved gospel album by Doyle Lawson (Sing Me a Song About Jesus). Gentle soft breezes, sweet scents, shade of the tall trees in the courtyard

The visit on Sunday was so hot that we could not venture out. He asked for “Tunnels?” So we went into the tunnel system, but they were also too hot. Eventually we fought our way to his old pre-dementia ward quarters in building four where he was again greeted with much love and attention.

Many of the water stains that appear to me as symbolic paintings have been repaired, but a large new one appeared. This image somehow merges with my feeling that my guy is being eaten alive by his disease.

There is just one fellow in the ward who is mobile. He walks around much of the time without making eye contact. I saw him leave the dayroom, then turn around and run his two fingers over the room number sign in a very precise way, but he alone knows what it means and he has not spoken in years.

The other day as I was leaving he reached out and took my hand and held it. He was sitting, so I knelt down to his level and said hello. We looked at each other. We sat like that for perhaps half a minute, then he let my hand go and changed his gaze to straight ahead.

And there is a new fellow who asked me to come over and talk to him. He said he needed shoes. I looked at his feet which were in red socks with rubber grips in the soles, standard hospital socks. I said that, well, being as he was inside, he didn’t really need shoes. And then he said “You gotta have shoes.”

I said I would ask the aides, which I did. But of course, no shoes to come.

But I keep hearing “You gotta have shoes.” and I know exactly what he means.