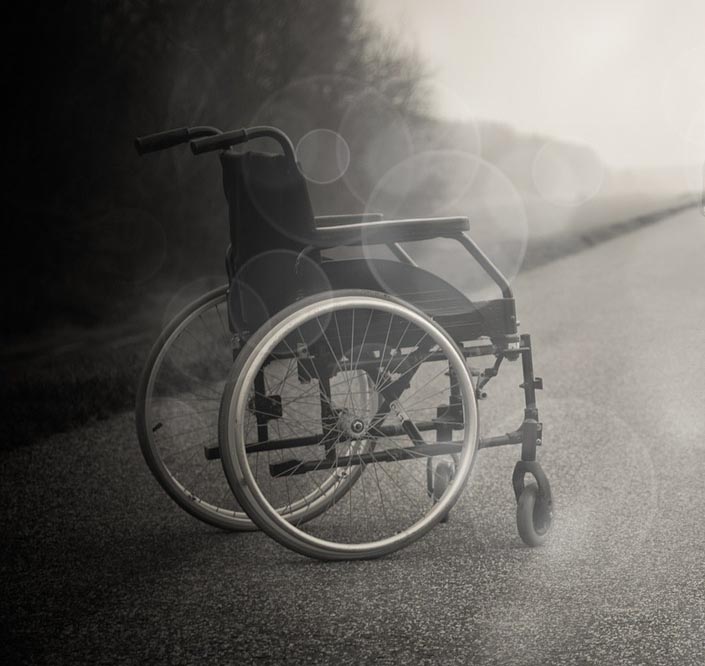 The bus used to rattle its way up to the top of the hill on Austin Road where Nate the driver would park it by the roadside and set the handbrake.

Then he would get out of his seat and retrieve a shiny wheelchair that was folded behind him. He would carry the chair down the bus steps and set it up on the ground.

Then he would walk back on board and go over to an elegant young woman who was sitting on a seat near the front, and he would pick her up, with great strength and gentleness, and carry her down into the wheelchair. From there she would wheel herself down the walk into her house.

She had lost the use of both legs to polio. Hers was the last class that had lived in fear of polio; us younger kids all had the vaccine and we didn’t think twice about it.

But I always remember how lovely and regal she always looked as Nate did that daily ritual of carrying her off the bus and setting her into her steel chair.

(Photo by Richard Reid via Pixabay)