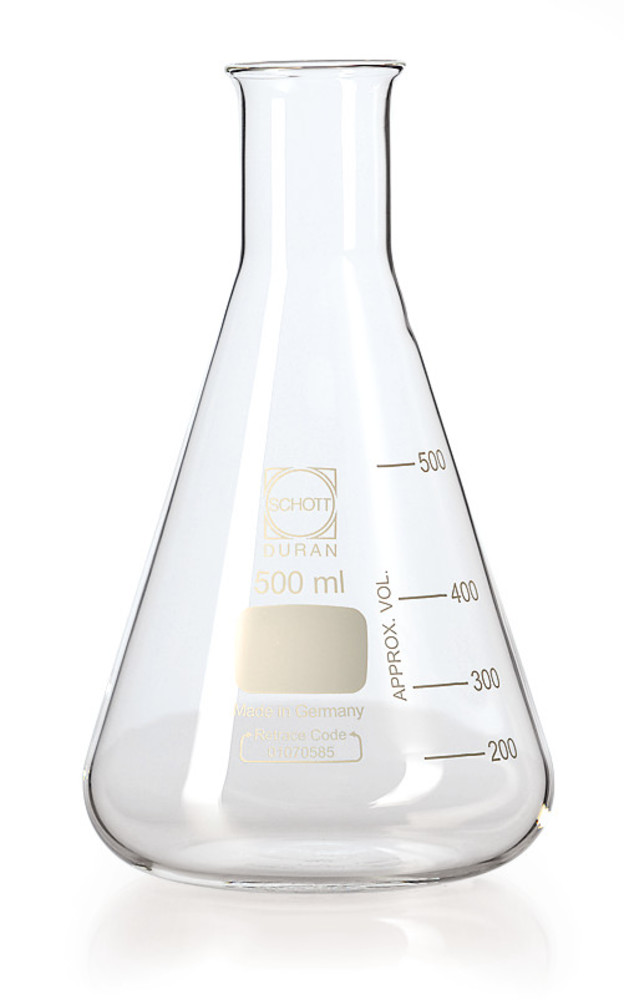 Stupid But Lucky in Chem Lab

I had one of my most stupid but lucky moments in Mr. G’s chemistry lab.

I was doing a “real thing”, a chem lab procedure, pouring hydrochloric acid into a large Ehrlenmeyer flask, then dropping in some metal, I think it was tin.

The reaction produced pure hydrogen gas, which came out a glass nozzle I had sticking out the top of a big rubber stopper in the neck of the flask.

After a bit I let the hydrogen burn as it came out of the glass nozzle, which it did with a lovely blue flame.

And then I stuck a test tube or a small Florence flask over the flame and it made a lovely, soft, flutelike sound as a the air rushed into to supply oxygen to the burning hydrogen.

Mr. G. was looking on, appreciating how utterly absorbed into chemistry I was getting, with my flames and sounds.

Eventually the acid and tin ran out and the flame died, so I pouring in more acid and tin, put the big rubber stopper with the glass nozzle back into the neck of the flask.

Then I picked up a striker, a spark generating device, and clicked it right at the end of the nozzle.

At which point an explosion took place that could have left me blind, deaf, and disfigured for life.

It was incredibly loud, and everyone in the lab jumped away.

From next door in the photo lab, Mr. T came running in, shaking, to see what caused the explosion and was anybody left alive.

I was still standing right in front of the large flask, which did not explode. There was hydrochloric acid on the ceiling. But other than a ringing in my ears, I had not a scratch, no acid on me, nothing.

Mr. G calmly looked over and said, “Do you know why it happened?”

I said yes, because I let oxygen inside the flask with the hydrogen.

He nodded and went about his day.

The giant Ehrlenmeyer flask could have exploded and destroyed my face and eyes. But it didn’t.

I have a few other examples of being watched over by angels during the careless and foolish years of my youth, but this remains among the most vivid.

And Mr. G’s utter coolness, before, during, and after was an inspiration to me.