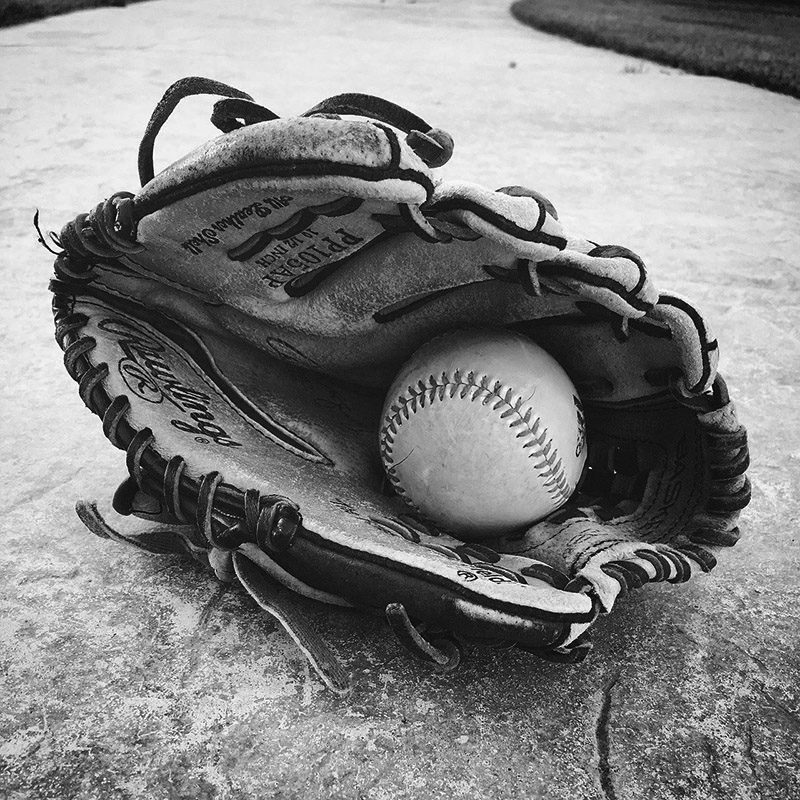 He was my first friend.

He loved close enough that we could walk to each other’s houses along Barrett Hill Road and Mexico Lane. It was shorter to try to get through the swamp, but I sometimes got lost and turned around going that way.

Going to visit at his house was a big cultural expansion for this little Jewish kid: the scene over there was entirely different from my house.

They had a TV and we didn’t have one yet. Theirs was always on. I saw the Yankees on TV and could not understand how the pitcher could be SO close to the batter. He explained that that is just how it looks on TV.

Liberace would play a glass piano with mirrored front and we’d watch his hands dance over the keys.

They had TV trays and TV dinners.

He was the youngest, with two older sisters and three older brothers, all of whom loved him and spoiled him.

He had so many toy trucks that one day we went crazy and started crushing them with big rocks, for no good reason. Later, at my house, he wanted to crush mine, but I said that I only had a few and he had so many.

Two of his older brothers were solid farm-boy types, even though there was no farm where they lived; they had wandered to Mahopac from somewhere in Bucks County, Pennsylvania, where perhaps they had really been farmers.

One of the older brothers was always particularly nice to me and would always greet me by saying, “Yumping Yiminee, it’s Yonnie,” with a little Nordic accent.

One of the brothers had an Elvis hairdo, gleaming with Brylcreem. He was the wild one, and raced old cars on the back roads. When that brother was asked to say grace at the table, he would say “Through the teeth, over the gums, look out stomach, here it comes.”

One sister, when the phone rang, would always say, “If it’s for me, I’m not here.” I wondered what that meant about her life. She did have a kind of resigned, tired, quality about her that I took in, even as a 5 or 6 year-old.

He and I played baseball all the time, or as close to baseball as two boys could come: we’d play catch, we’d pitch and catch each other’s pitches, we’d hit the ball to each other in the pasture at my house.

He was always better at everything than me, bigger, faster, could throw and catch better.

But most afternoons he would slow down and tell me had a headache and just needed to rest. So we did. I wondered what caused the headache.

Eventually his family moved to houses too far to walk to, so my mother had to drive me.

They landed at a house on a hill very close to town, up behind the doctor’s house where you would not expect to find a hillbilly compound with cows.

His father ran the gas station in town where they sold baseball cards, so he had thousands and thousands of cards.

One day, for no reason I could see, he took many of his cards and started burning them in a barrel. I wanted them badly and said why not give them to me, but he said no and went on burning them.

One time we we wandering in the woods past his house and came to a clearing where there was a stack of windows. It seemed like these windows, in the absolute middle of nowhere, had been placed there just for us.

So we went to work, breaking every single pane in every window, in a joyous fit of vandalism.

When we were done we starting throwing the broken pieces around the empty field. He, having great arm and wrist strength, could grab a piece between thumb and fingers and sling it spinning into the air, high over trees at the edge of the field.

But we only realized that that glass was raining down upon a house just past the trees, when the owner of the house and the windows, came screaming and running towards us.

To us it had seemed harmless fun, but to him to have all his stored window destroyed and have the glass come crashing down on his house and yard – that seemed like a pretty bad thing.

Somehow we had the presence of mind not to run right back home, making it obvious who we were, but rather to run the opposite way into the far woods.

So when the glass war victim came to my friend’s mother to complain we could shrug our shoulders and claim innocence.

One day, in 5th grade, he became Maynard.

Our beloved teacher Mr. Blattman, gave him that name. My friend had gotten a haircut and hated it, thought it was too short, and looked bad. So his solution was to wear his baseball glove on his head, to cover his hair.

Mr. Blattman, constantly at his wits end with our nonsense, looked at him and pronounced him our own Maynard G. Krebs, the very loveable character from the Dobie Gillis TV show that we all watched after school.

The second Mr. Blattman anointed him Maynard, the whole class cried out, together, “MAYNARD!”

And for the rest of his school life, he was Maynard,

(Maynard G. Krebs became Gilligan on that other show, but I never liked seeing him in that role; to me he was much much better as Dobie’s sidekick.)

As time went by, Maynard and I stayed friends, but a little less close each passing year.

My mother, having gone back to college, hired his mother to clean our house, which I hated. It really highlighted the differences in our lives.

One time I was hanging near the coaches’ office in the gym and Maynard walked by and I told the baseball coach that Maynard was an outstanding baseball player, which was true. So they recruited him for the school team.

But I forgot to also mention that Maynard was terribly shy and not at all confident. Which they needed to know to get the best from him. Somehow he totally lacked the kickass, outgoing confidence that his older brothers radiated.

But everyone loved Maynard. He was funny, he was goofy, he was gentle. He never ever bullied anybody and I don’t remember him ever getting in a fight. I think if there was trouble he might grab hold of someone and just hold them still until things calmed down.

I never saw Maynard again after graduation day. I heard he went to Vietnam. I heard he had moved to Connecticut.

If anybody knows how my first friend Maynard is doing…. let me know.

And I’ll be honest with you; I am sitting here crying as I write this, just thinking of my buddy and how the two of us played baseball on so many summer days.