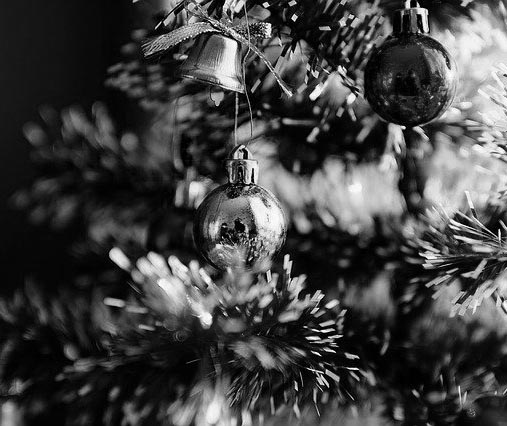 Picture a little boy, first grade. It is the last day of school before Christmas vacation. All the kids in the grade school are trundled into the hallway for a Christmas carol sing.

This little boy was raised by parents who had long since given up on any vestiges of their religion: they were the most secular of Jews. No candles on Friday night, no bar-mitzvahs, nothing.

In fact, this little boy doesn’t actually know he is Jewish because it just never comes up. (Finding out is another story.)

And there is a Christmas tree each year, with electric trains running around it, and presents. No religion, just a lovely tradition that makes it a special time of year.

The parents dumped Jewish practice before World War Two, as just another ritual from the old country to be discarded in the concerted effort to become Real Americans.

Years later, the same mother would complain to her sons that her grandchildren were not being raised with Jewish awareness. And would be reminded about how we made and sent Christmas cards, and even dyed Easter eggs.

Back to the little boy in the hallway Christmas Carol sing. In the mild confusion, he winds up among a group of sixth grade girls. To a first grader, a sixth grade girl is unimaginably sophisticated and elegant. And in those days those girls wore makeup and dressed up for school.

And then the singing started. Those sixth grade girls sang each carol with complete mastery, and they even sang in harmony. The effect was mesmerizing on the little boy. He had never heard anything so lovely. Maybe still hasn’t.

To this day he loves Christmas carols and listens to them constantly for the second half of December. And refuses to stop until New Years Day.

It seems the vacuum created by his parent complete jettison of all religious trappings was entirely filled by the Christmas holiday.

So the little boy is left with a strange legacy. He doesn’t regret the near total loss of his own religious heritage; he thinks it frees him from the sort of masked thinking that his parents were trying to avoid.

But all that is left is Christmas, and the sweet memory of electric trains around the tree, presents, and those Christmas carols, particularly as sung in harmony by those sixth grade girls.