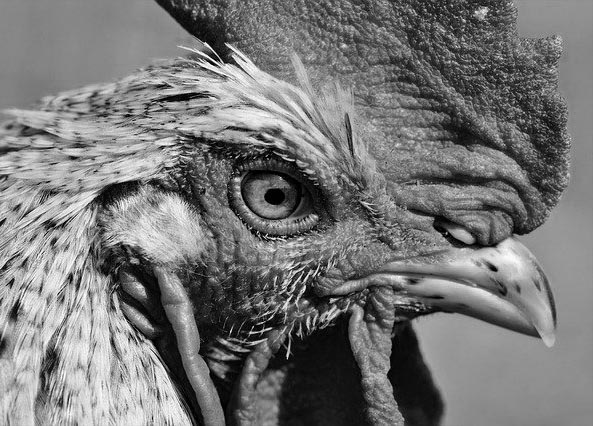 In the aftermath of our failed egg farm we always had some chickens running around loose.

My mother would collect their eggs and once in a while grab one, chop off its head with an ax, and it would be dinner.

But there was one rooster in the flock.

He was a very large, aggressive fellow and he used to chase me around quite a bit.

And, as with Mr. Goat, my mother got tired of this and grabbed up the rooster and chopped off his head.

I think he did run around the yard for a while headless; hence the expression.

As a little boy I was not happy to see the rooster killed off that way. In fact, I thought it was scary and violent. In his strange way, he was sort of my playmate, though a bully.

Seems that being a farm kid did not toughen me up at all. In fact, watching my mother kill and cut up a chicken, full of bloody red eggs, soon to be laid, put me off eggs for about 10 years.

Put me off eating chicken for a while too.