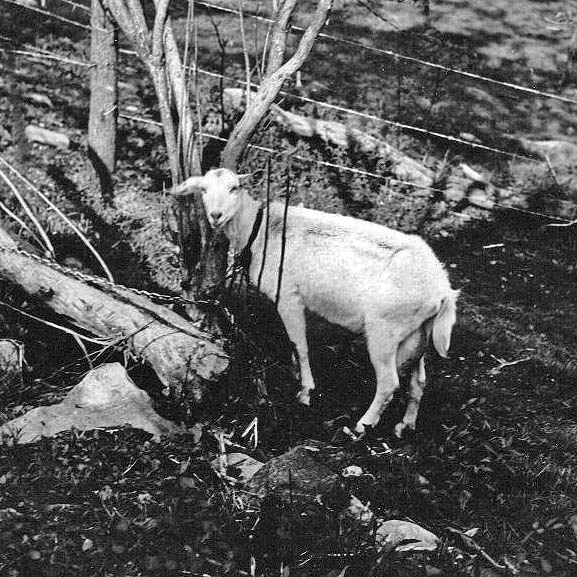 We got two goats, a male and a female. My oldest brother Fred was supposed to milk Mrs. Goat but he wasn’t able to get much from her.

He had milked the cows just fine, but goats are different.

He would chase me and butt me whenever he got loose from his tether, which was often. And he was bigger than me.

My parents got tired of it and someone was nominated and shot Mr. Goat.

Mr. Goat’s skull lay around the farm for years as various animals played with it.

We sold Mrs. Goat to a farmer who was very goat savvy and Mrs. Goat became the New York State champion milk goat.

But the rooster story ends the same way.