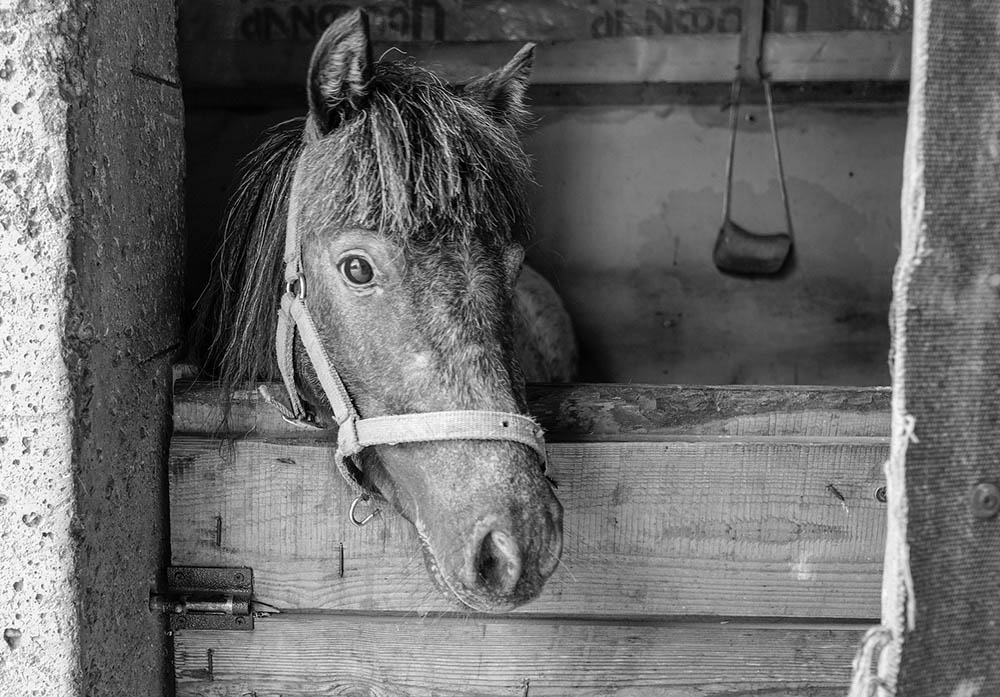 We boarded a horse and a pony from fall through the following spring. They were from a summer camp where they put up with campers riding them.

Because they were summer camp horses, not badly mistreated, but yet subjected to the whims of little riders, some of whom were scared and some of whom probably were nasty.

The horse was named Sparky and it was a sweet and gentle creature. The pony was Bobby, and was ornery.

I remember sitting in a boring school class that fall and being overcome with the realization that there were two actual horses in the barn, just waiting for me when I got home: I could hardly wait.

I was young enough that I was still under the spell of the western movies and TV that was the dominant genre in those days, the innocent and ignorant 50s.

So I would run home from the bus stop, down the dirt road that was Mexico Lane, up the long driveway, throw my books aside and run to the barn to go ride a horse.

But there the perfect scene would come to a halt. I would put the saddle on Bobby, the pony, but Bobby was much too smart and mean and would not let me put the bridle on him, with the bit in his mouth.

Sparky, the sweet horse would let me bridle him, but I simply could not lift the saddle up to put it on.

So there I would be, pony saddled, horse bridled, and no riding to be done. I probably did this a few times before I gave up.

But Bobby was way too clever. When we would ride in the woods, Bobby would find a low hanging tree limb and head right to it, scraping me off and leaving me hanging in the air, or lying on the ground.

Such a clever pony!

So our riding was less frequent than one would expect, and mostly limited to the small country roads nearby.

When summer came the two horses went back to the camp. We never boarded horses again, nor had any of our own, having concluded that horses were really not meant for many riders, but best to have one human partner that they learned to trust.

We did get try getting a horse to keep, from a place on the other side of the mountain, but that horse jumped the fence and went straight home, right over the mountain top,  not along the roads. So we gave up on that horse, and in the end having horses.

I would guess that our fields did not yield enough hay to get the horses through the winter and the hay was costing too much.

Plus which I don’t remember ever taking part in mucking out the barn when the horses were stabled there, leading me to suspect that my mother did that, which might have contributed to the decision to not keep having horses.

I have only ridden very occasionally since those days and have noticed that, while dogs absolutely love going out for walks, most horses would rather stay in the barn. But then, we don’t  saddle, bridle, and ride upon the dogs.

(We have not a single photo of Spark nor Bobby; the lovely photo here is a stock image from Pixabay by Alexander Vlasov.)