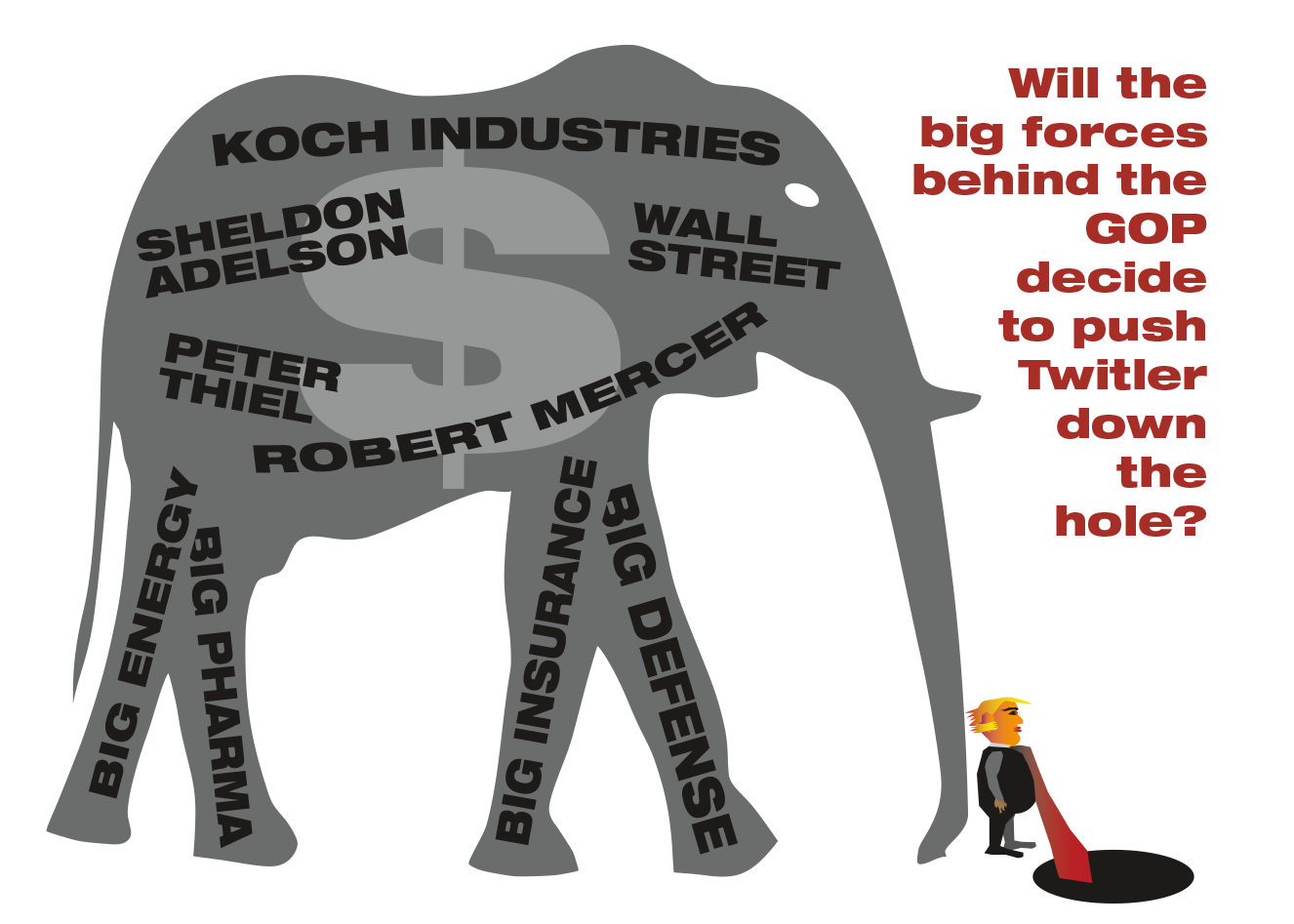 Will They Turn on Him?

One can’t help but wonder when the power brokers behind the GOP might turn on Twitler and shove him through a trapdoor and bring in Pence, who they can control better and who is less embarrassing.

It is true that the Koch’s did not initially embrace Twitler, but after he gave them several billions of tax cuts they decided maybe he was a good thing after all.

But now, with Twitler and his band of morally bankrupt enablers shepherding the country down the drain with Covid-19 and the associated economic collapse… will the big money types decide to play some hardball and get rid of him?

Not sure what to wish for…