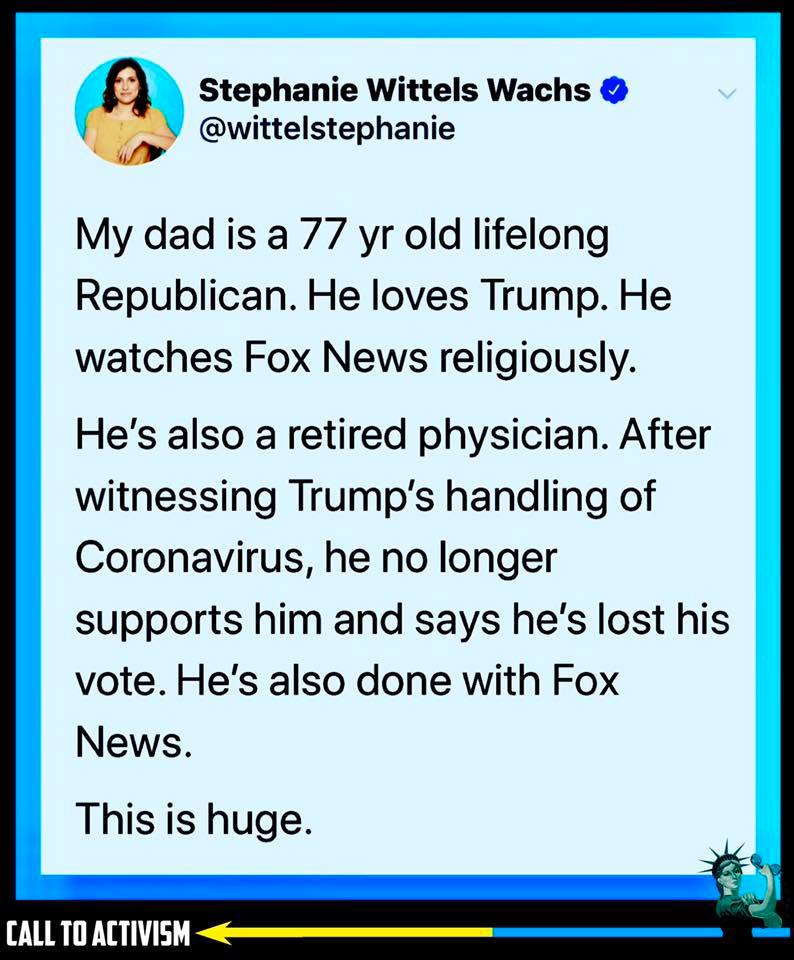 A Doctor Throws in the Towel

I always thought that as Twitler insulted more and more segments of society that eventually the tide would turn strongly against him.

Groups that he has attacked or stood silent while others attacked in include LGTBQ, racial minorities, Jews, Asians, Muslims, people with disabilities, and even Gold Star parents.

But here is at least one single case where one of his supporters finally had enough.