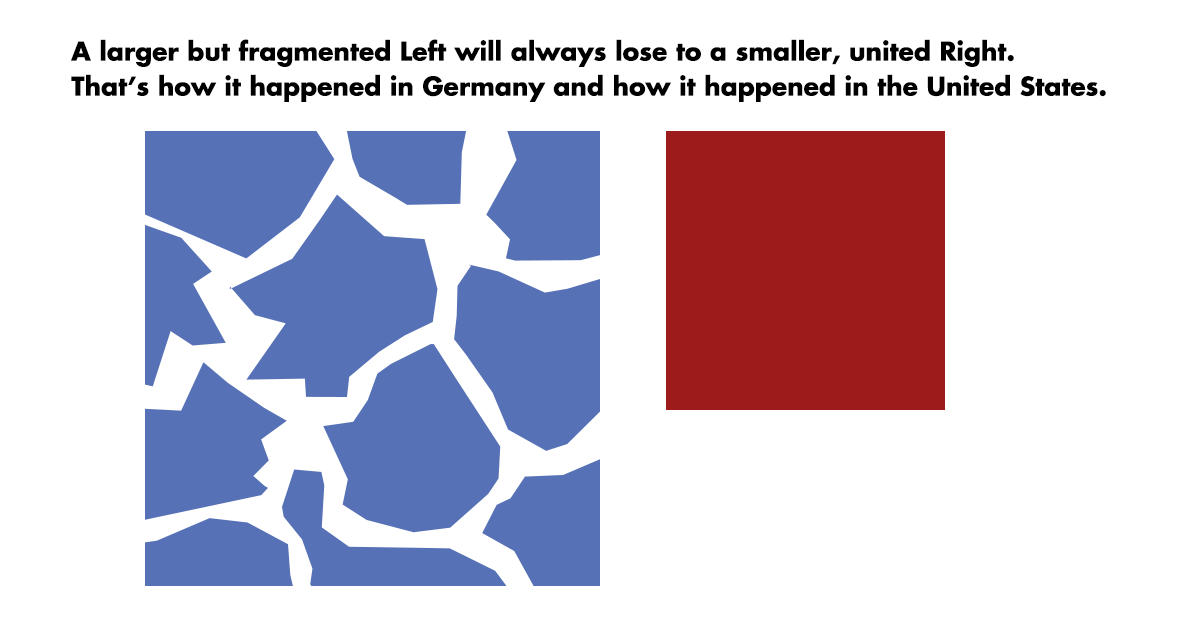 It Can Happen Here: It Already Has

I visited the Holocaust Museum in Washington, DC, with one main question in mind: how could an educated country like Germany turn to such degraded fascism in the 1930s?

The answer was made clear very soon: the left was full of fragmented groups that refused to cooperate, each sticking to deeply held beliefs.

The result was Hitler.

In our country, the result was Trump.

I am hearing people on the left saying that Biden is no different from Trump, an old white man that has mistreated women.

This is how this country can be lead down the drain.

Biden was the VP under Obama. He is old left, but he is not Trump: he will not continue to attack science, the press, the EPA, the truth, and so on.

I have also heard the sentiment that things have to get worse before we get a real change, so it is better for Trump to get reelected and corporate America takes total charge of the country.

I seriously don’t buy that one.

It takes years of effort and blood and toil to make progress; going backwards is not the way forward.

Support Biden with all your heart and dollars and votes. Otherwise you are supporting Trump.

Four more years of Trump will supply us with enough right wing judges to destroy a century of progress and hand all power to the like of the Koch empire.

The fact that today, in the middle of the Covid-19 disaster, Trump support is not fading shows the deep commitment of the Trump masses and their corporate partners.

All hands on deck!